ALIENS AND UFO'S
What does the Professionals say ?
​What does the experiencer's say ?
Jeffrey Kripal, J. Newton Rayzor
Professor of Religion and Associate Dean of Humanities at Rice

Every human experience, after all, is technically “anecdotal.” In this sense, I, too, am an “anecdote.” So are you. We all are. And yet there is no science or mathematics, no literature, language, art or religion, and there is certainly no UFO, without that human subject, without that anecdotal witness, thinker or seer.
So why are we not talking about the experiences of those human witnesses and how the phenomenon seems to trigger or catalyze the human imagination in fantastic ways?
Why are we not compassionately reading those imaginal dramas as meaningful signs instead of arrogantly ignoring them as neurological froth?
Why are we not talking about what happens to the terrified pilots, or the baffled military professionals, or the confused private citizens who see these things, sometimes really up close and very, very personally?
Is that not also part of the UFO phenomenon?
Why are we looking away? And from what?
​
There’s always more. I would like to conclude by suggesting that the most sophisticated piece of technology on the planet to detect nonhuman or superhuman presences is not a quantum computer or an advanced military radar system. It is the super-evolved human body, brain and being. I would also like to suggest that the human being has been detecting strange humanoid presences in the sky and the environment not for a few years or a few decades, but for millennia. All we have to do is open our proverbial eyes and look. All we have to do is put away our hammer and look carefully at our histories, our literatures and, most of all, our religions.

Whitley Strieber
If you have been following Whitley Strieber over the years you will notice he comes to "accept" and becomes "adaptable"to whatever the intentions of the entities are .NO matter how terrifying the experience is ,you will notice his prolonged experiences with these demonic entities.
Why didn't he try to make it stop ?
Have you ever thought about that and why that would be ? He has become conditioned to his experiences and accepts them much like a vulnerable person suffering Stockholm syndrome. He has now over the past few years been publishing books called "Transformation" and "Jesus a new Vision" ( a totally different gospel) I lean toward the entities are allowing those to believe they are here as allies of humanity and are pushing the entities agenda leaning people toward a new age and a one world religion . 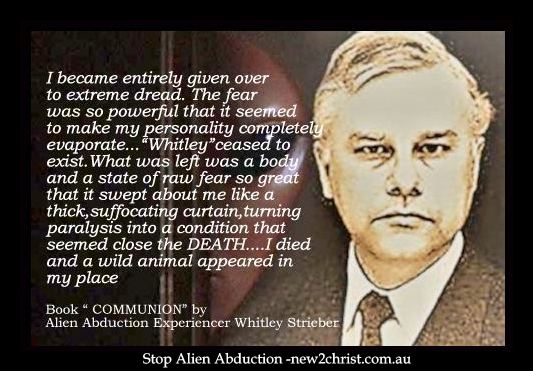 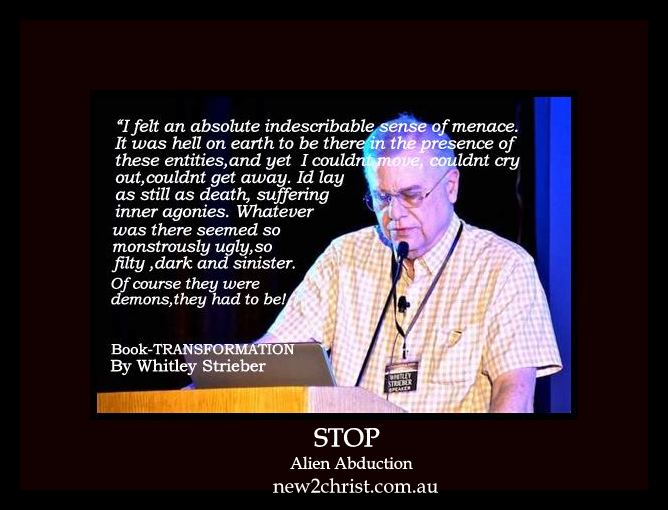 Dr Hugh Ross-
Hugh Norman Ross is a Canadian astrophysicist, Christian apologist, and old Earth creationist. Ross obtained his Ph.D. in Astronomy from the University of Toronto and his B.Sc. degree in physics from the University of British Columbia.
Aired on: Monday, June 7, 2021
Lue Elizondo
Former head of the Pentagon’s Advanced Aerospace Threat Identification Program

While it is a niche position in both evangelical circles and UFOlogy circles, the idea that UFOs are demonic entities isn’t unheard of. Pentagon whistle blower Luis Elizondo says this belief – that they are of demonic origin – is even held by some high-ranking national security officials.
Elizondo, former head of the Pentagon’s Advanced Aerospace Threat Identification Program from 2010 to 2017, says that  “some individuals have a problem with [UFOs] because it interferes with their philosophical or maybe theological belief system,” even recalling a time when one senior official told him to stop investigating UFOs and instead pick up his Bible, saying that “you [should] know that these things are demonic and we should not be pursuing them. 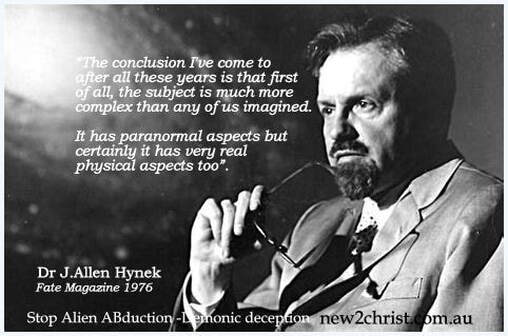 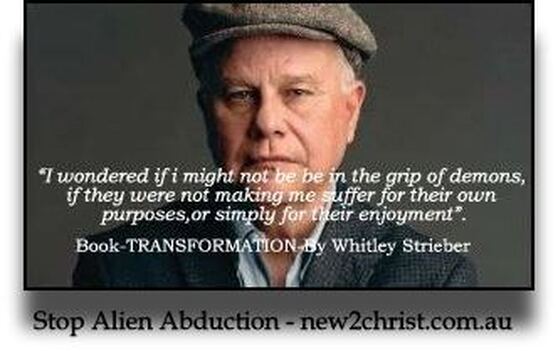