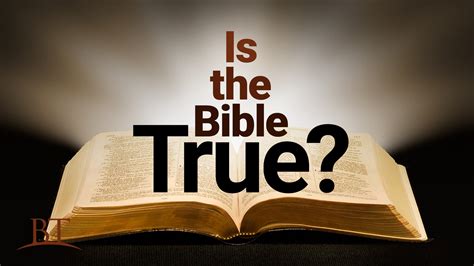 ​It is the most influential book ever written.

Jesus/God was not the Author the bible -but the bible is quoted as saying
"All scripture is Breathed out by GOD"     Timothy 3:16
It was actually  scribed by 40 Authors-The Bible is a reliable collection of historical documents written by Eyewitnesses during the lifetime of other Eyewitnesses..
The Bible contains over 66 volumes ( Books) and the Authors were
Kings, Generals, Fishermen, Tax Collectors, Historians, Doctors -People from all walks of Life..

In the Bible there are hundreds of subjects written over a period of 1500 years.
It has been translated in over 2500 languages.
It contains 750,000 words

It is written in a perspective of Jesus's examples in life
"Don't do as I say- But Do as I do !

It is said to do this ,so Jesus could be portrayed this way so we can follow his life as an example.! "" I AM the WAY THE TRUTH , and THE LIFE "" .
If Jesus wrote about HIMself it would have changed the dynamic.
​
The king James  Bible is the only one that does NOT have a copyright applied to it.
Other Bibles have copyright because if a book  has been altered by at least 10 % they include a copyright.
Some re -published bibles have been edited and some words removed!
The KJV is the truest most accurate * according to sources ,to be the WORD OF GOD

​The Bible was written over 3 continents -Asia ,Africa and Europe and was written from 3 languages -Hebrew, Greek and some Aramaic.

The bible is banned in many countries around the world especially the "New Testament" The New Testament is the part of the bible living out NOW and this is the new covenant of Jesus.

There were Very limited Bibles in Russia after the death of stalin.
t is  an offence to own a bible in Nth Korea.
Saudi Arabia won't allow you access into the country if you have a bible in your luggage  and will check your baggage , your computer ,  and your  phone for bible apps.

In the past it was banned from   Italy, the Roman Empire, Spain, Sth America and having a bible could have resulted in death.

Is seems that a lot of people do not want you to read the bible ?

You have to ask yourself why?

World Tyrants FEAR this book but why?

The Word of God is POWERFUL ,it is the TRUTH that many search for ,and It saves souls !!! They don't want you to be brought to salvation through our LORD Jesus Christ.

( Salvation meaning- Salvation of a person ,or their spirit,the state of being ...being saved from evil and its effects by death of Jesus on a cross and the blood shed for removal of sins
Sins Meaning- a transgression /act of breaking a moral law
​Salvation gives everlasting eternal life in the heavenly realms with the LORD)

More than over 2000 prophecies have been filled in the bible.
The Old testament contains over 300 prophecies about JESUS long before HIS birth.

JESUS FULFILLED OVER 300 Thats only the ones recorded in the bible and yes there could have been many more unrecorded !!!


The Bible is said to be historically correct according to the timeline of events done by historical researchers and Biblical Researchers.
There have been many  historical artefacts uncovered /unearthed through archaeological digs ( over 25,000 confirmed cases of subject matter in the biblical documents) and many more could still be found.

The Bible is also said to be SCIENTIFICALLY  correct, proven by scientists  and the accuracy has never failed.

An interesting concept -The human body consists of 28 base  and trace elements all which are found in the earth.( Chemistry)
Creation is made of particles that are indecipherable to our eyes and all matter consists if invisible elements.

A bible code discovered by mathematical software revealed The meaning of all 80 names from Adam to Jesus,which  reads sequentially, and reveals  a secret message.
For example if we take the first born sons name from each generation from Adam and their Hebrew names ,then the  hebrew meaning of the name ,and we see it reveal a pattern in the genealogy of the bloodline of names.
example from Adam to Noah its reveals...
see here -
http://1260d.com/bible-names-code-adam-jesus

"The God-man is appointed, a mortal man of sorrow is born! The Glory of God shall come down and teach that His death shall bring the grieving comfort and rest."

​If you continue with the genealogy names we get the next few paragraphs....this is from Shem to Jesus

The fame of the stronghold of Babylon, and sorrow, extend their borders like a plant beyond the place of division (at the Tower of Babel).  But I will make Babylon fade away! ---

A friend also branches out, enraged with fury

A glorious father, the father of a great multitude laughs as he outwits (his enemy).
A righteous prince sees God!
A mighty-one fights! {He joins himself to an assembly, a glorious people whom he rescued, stranger(s) in a strange land, captives delivered by God!"}

One who praises the Lord breaks open a way into a safe place that is surrounded by a high wall.
O' my people who belong to the prince, a prophet clothed with strength, who serves (the Lord), is here!
Out of love, this beloved one paid the price for peace in order to set the people free.

My Father is the Lord, the healer of him whom the Lord judged and then raised up.
The Lord has taken hold of me and the Lord is strong! Mighty is the Lord! My strength and help are in the Lord! The Lord is perfect! I took hold of the strength of the Lord and it made me forget my misery.

I asked God about the ransomed of the Lord --- those exiled in Babylon.
My Father is awesome! God will answer by raising up a helper, the Just One will the Lord raise up! God is my praise! God is the One who helps.

May the Gift of Jacob increase in greatness, for God is with us --- the Messiah and Savior of those called out (of Babylon)

​
Harvard University discovered a message from God in the human DNA.

Researchers at the Harvard  University announced that they found a message from God written in the genome of our DNA code.( year 2000)
As a team of the top geneticists discover a 22 word snippet of ancient writing which God confirms His existence and role in creating life on Earth.
The message was discovered when the researchers noticed some strange mathematical patterns appearing within a certain section of the genome in our DNA. As Charles Watson explained – who is the lead scientist.

While he was doing some cross-referencing of the patterns on a whim with a language database to see if he could establish the codes meaning, the team was surprised to find that the patterns corresponded to the ancient language that Jesus spoke in His daily life “Aramaic“.
Stunned by this discovery the team then contacted language experts who were familiar with the ancient Aramaic language to break it down for them.
Entirely decoded the message reads.....

“Hello my children.
This is Yahweh, the one true Lord.
You have found creations secret. Now share it peacefully with the world”

~ The researchers couldn’t come up with any persuasive explanation that it wasn’t the one and only Jesus Christ.
see link here
​https://www.youtube.com/watch?v=S4YvTCLpcnQ
​

Many Scholars and Professors and other people  have set out on a course to disprove the bible or to debunk it completely only to start to read the Bible and find that indeed it is TRUTH.
Here are 5 examples of respected skeptics who set out to disprove Christianity, yet through their research actually became Christians.

was a highly respected archaeologist (so much so that he was knighted) from Scotland. He set out to prove the historical inaccuracies of the book of Acts. Ramsay thought this book was the most ridiculous of all the New Testament. 15 years he spent researching and digging, only to end up being convinced of the incredible accuracy of the book, converted to Christianity, and called Luke (who wrote Acts) one of the greatest historians to ever live. His has written several books on the subject, which have yet to be refuted. His work caused an outcry from atheists because they had been eagerly awaiting his results in disproving the validity of the book.

was an English journalist and author who set out to disprove the myth of Christianity over over 80 years ago. His book “Who moved the stone?” is a classic and has led many people to Christ.

was a journalist for the Chicago Tribune who set out to disprove Christianity, but ended up becoming a Christian and created the famous “Case for…” series. You can find his testimony on Youtube .

set out to write a paper in college to expose Christianity as a myth, but ended up being so convinced that he became a Christian himself and wrote the influential book “Evidence that Demands a Verdict”.

was a giant in the world of magic, creating tricks for the greatest magicians in the world including making the statue of liberty disappear for David Copperfield.
He was commissioned to study the miracles of the bible to expose them as magic tricks and thus disprove its legitimacy.
Through this investigation, Andre Kole became a Christian and has since dedicated himself to spreading the Gospel .